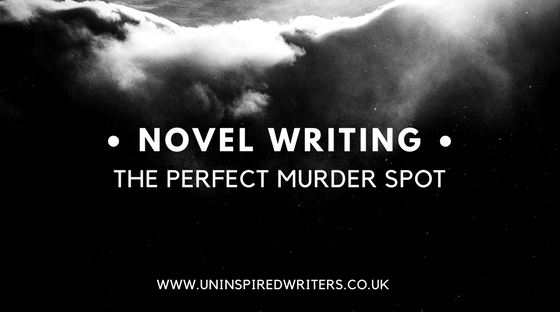 Now, there’s a gory title for a Sunday morning blog post! There’s a reason we writers worry about what others would make of our search history. The amount of research we have to do into the things we may not understand or have never experienced, is huge.

When I began planning my novel just over two years ago I knew that it would open with an innocent passer by finding a body in a London park. I settled on Battersea Park, even though I’d never actually been there, only in the area. So with that, I booked a coach and told my Mum, “I’m off to London to find the perfect murder spot.” Wooops! That didn’t sound quite right… 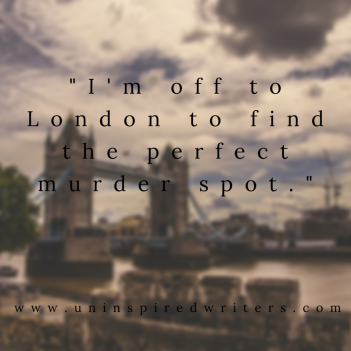 So, while it may be a bit morbid, I believe it’s essential, when writing a murder, that the location is properly considered and researched. It’s so important and can show the reader a lot about the murderer and the victim. If you’re going to be writing at any point from the perspective of the police, an investigator or anyone trying to solve the case, the murder scene will be their first major clue.

If you’re writing a novel and wondering how to choose the perfect murder spot, here are four things to consider.

1. Who could’ve seen?
This is perhaps more important if the murder takes place in a public space, but you never know! Who could’ve seen the murder? Is there anywhere a witness could’ve seen what happened, while hidden from the murderer? And if anyone did see, then who are they and how do they play a role in the story?

2. Who could’ve heard?
This one plays out quite well, as hearing a murder doesn’t restrict it to somewhere in the public eye. Think about who may have heard anything, from the attack itself, to arguing or shouting. You have to create a sense of the lives that exist outside of the immediate drama and how those lives interact with the bigger picture. 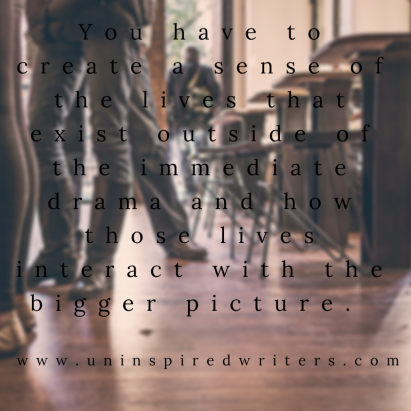 3. Has the body been moved?
This one is pretty grim, but still important. The place the body is found may not be the murder spot, and in this case both locations are valuable to the story. If the body was moved, why was it moved? and by who? Perhaps it hasn’t been moved, but has been covered over or hidden.

4. Who finds the body?
The location of your murder spot plays a vital role in when and how the body will actually be discovered. In my novel, as an example, the body is in a very public and busy park so it’s found almost straight away. However, more remote or private locations may take longer to be uncovered. The impact the discovery has on the ‘who’, on the person who finds it, is usually very important for the story.

I hope these tips will help if you to need to find your perfect murder spot. These choices really do have an impact.

Is there murder in your story? Or do you think you ever will write one? I’d love to hear more about anyone’s experience with this disturbing, but impacting, topic, so please leave a comment below.

Until then,
Keep writing
M
x